The competition was developed and organised by Michael Moynihan  and has been running since 1994. It consists of a school round where multiple choice brain teasers are answered within a 40 minute period. Based on results, students are invited to a regional final. Michael retiring from running the event this year and we thank him most sincerely for all he has done in operating this brilliant competition for over 25 years.

A sample quiz to practice with your students can be found below (English and Gaeilge version):

A total of 58 students achieved over 75%, and one student Kai Seino from Mercy Secondary School in Mounthawk, Tralee achieved 100%. Through the kind generosity of Microsoft Ireland, Kai Seino was awarded with a Microsoft Surface Pro for his outstanding efforts. Kai was presented with his prize in April. 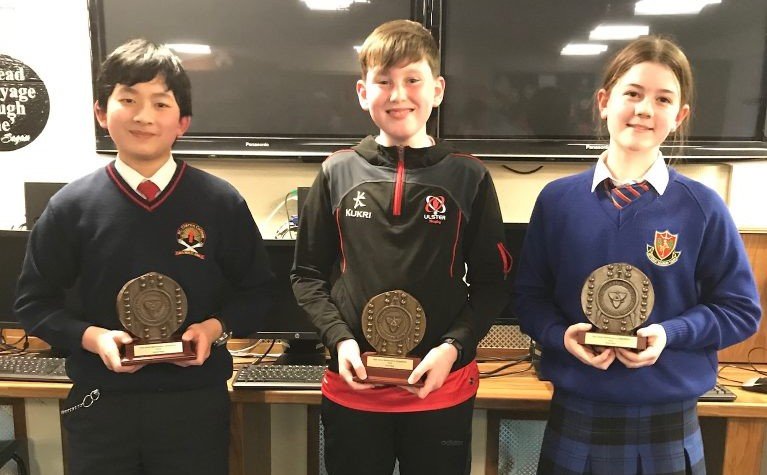